The "Eyes" of Yaakov – Am Yisrael

Back to Main Page

Before Yaakov descends to Egypt, he travels with his entire family to Be'er Sheva to offer sacrifices "to the G-d of his father." There, G-d appears to him and reassures him about leaving the Land of Israel (Bereishit 46:3-4):

He said: "I am the G-d – G-d of your father. Have no fear of descending to Egypt, for I shall establish you as a great nation there. I shall descend with you to Egypt, and I shall also surely bring you up; and Yosef shall place his hand on your eyes."

There are three promises to Yaakov in these verses:

1. I shall establish you as a great nation there.2. I shall descend with you to Egypt, and I shall also surely bring you up.3. Yosef shall place his hand on your eyes.

These promises come to address Yaakov's concerns about going to Egypt and about what will happen there. On the one hand, G-d promises him that the journey will not diminish his descendents: "I shall establish you as a great nation there." On the other hand, there is a concern that they will settle permanently in Egypt, since they will be a nation, and will even have economic prosperity there. Thus, G-d promises him, "I shall descend with you to Egypt, and I shall also surely bring you up."

The third promise, "Yosef shall place his hand on your eyes," can also be understood on the simple level as addressing the concern that they will not be able to sustain themselves economically. There is a need for a person who has both the ability and the desire to look after the needs of Yaakov and his children. Since Yosef was the second to the king, he is able to do so. (Rashbam)

Still, the phrase, "will place his hand on your eyes," is difficult to understand. The Midrash explains it to mean that he will close your eyes, and derives from here that the eyes of a deceased person should be shut closed. Other Midrashim also associate this phrase with Yaakov's death.

However, there are some Midrashim that do not explain this phrase as a promise to Yaakov as an individual, but as a promise to Yaakov as the patriarch of the nation. Thus, there is a Midrash that G-d's intention in this promise is that Yosef will place his hand over the nation  (Bnei Yisrael), who are like "your eyes." In other words, Yosef will look after Am Yisrael, who are like the "apple of Yaakov's eye." This does not mean concern for their economic and material needs, but rather for the spiritual needs of Am Yisrael, since spirituality is not given top priority in Egypt, and there is concern that the time spent in Egypt will negatively influence Am Yisrael, and they will deteriorate in their spirituality and character.

The expression, "the eyes of Yaakov," in the sense of Am Yisrael, is found almost explicitly elsewhere in the Torah: "Thus Israel shall dwell secure, solitary – the eye of Yaakov." (Devarim 33:28) From what is explicit there, we can learn that the way to ensure that Israel will sit secure, is through sitting solitary. Even though Am Yisrael is descending to Egypt, it is necessary that they don't intermingle with the Egyptians, so that the Egyptian influence will be minimal.

In fact, we see that Yosef settled Yaakov and his family in the land of Goshen. On the pasuk, "so that you will dwell in the land of Goshen" (Bereishit 46:34), Rashi explains: "When you tell him (Pharaoh) that you are not trained in other professions, he will distance you from him, and settle you there." I.e., the land of Goshen was far from the major cities, and Yosef understood that in order to maintain the uniqueness of Israel they need to sit in a distant land – solitary.

At the same time, we should learn from our pasuk something explicit here and not mentioned there. In order to accomplish this, it is not enough just to sit solitary, but rather there is a need for spiritual leadership – "Yosef will place his hand on your eyes," i.e., will take care of your spiritual needs.

Thus, two elements are necessary for the preservation of Am Yisrael:

1. Sitting solitary without intermingling in Egypt, so as not to learn from their actions.2. Spiritual leadership, such as Yosef.

The first condition is along the lines of "turn from evil," and the second condition is "do good." In this way Am Yisrael will not be adversely affected by the environment, and they will be able to rise through the lofty characteristics that Yosef will endow them with.

Scan to load the shiur on the KBY website: 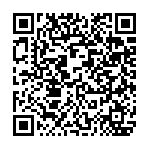 Do you have a comment or question on the shiur?
Comment below and we'll join the discussion